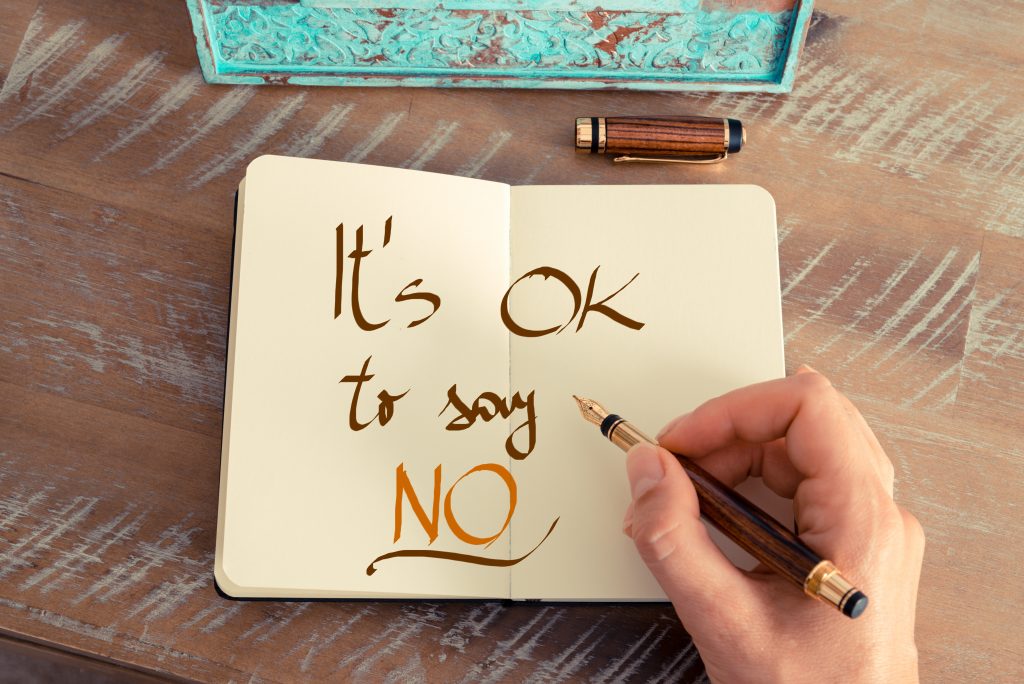 Who else is a sucker for saying yes?

Do you, like me, often find yourself repeating to yourself, say no, say no, say no and then just blurt out yes!  Why is it so difficult to say no to certain things? It’s just a word, right?

As the world begins to reawaken, and our new normal begins to emerge I sense a certain level of fear and anxiety of what’s next. You see it seems we’ve all started to like some elements of lock down life. Many are enjoying a slightly slower pace, many are enjoying the time with their family. Yes we are all desperate to see others but if we are really honest with ourselves I think most of us don’t want the world to just go back to normal.

And whilst I am not sure it’s going to, there’s definitely a new level of intensity to the uncertainty we feel as we take our first few steps, dip our toes in so to speak.

The urgency to get back to "normal" can trigger overwhelm...

Suddenly we find business is picking up, client enquiries have an urgency to them, everyone want to get back on track, maybe you’re suddenly a little overwhelmed? This is all great news right, but now it’s actually happening. Now we need to think about how we want our world to be and how we can learn and make changes.

Maybe you’ve decided to put you a little higher up the list. Maybe you’re really wanting to be able to continue working from home for a little longer or some of your working week. Maybe you’ve decided you wont be going back to those 5am starts to fit it all in… whatever your maybe is, we may have to be a little bolder than just ‘not wanting to go back to the old normal’. We may have to take a little bit of control here.

We may just have to say No, to a few things. No this doesn’t work for me, no I don’t want to go back to that, no I don’t want us to rush back into it, no I can’t work any faster, no I won’t be able to achieve that …. And how does that feel even seeing those words there? Uncomfortable I am fairly sure, but why?

Most of us shy away from the word no through a sub conscious fear of rejection! I know now that I do!

If we say no to someone or something, we might not be liked, we might miss out, we might make others cross or disappointed in us … oh the shame! 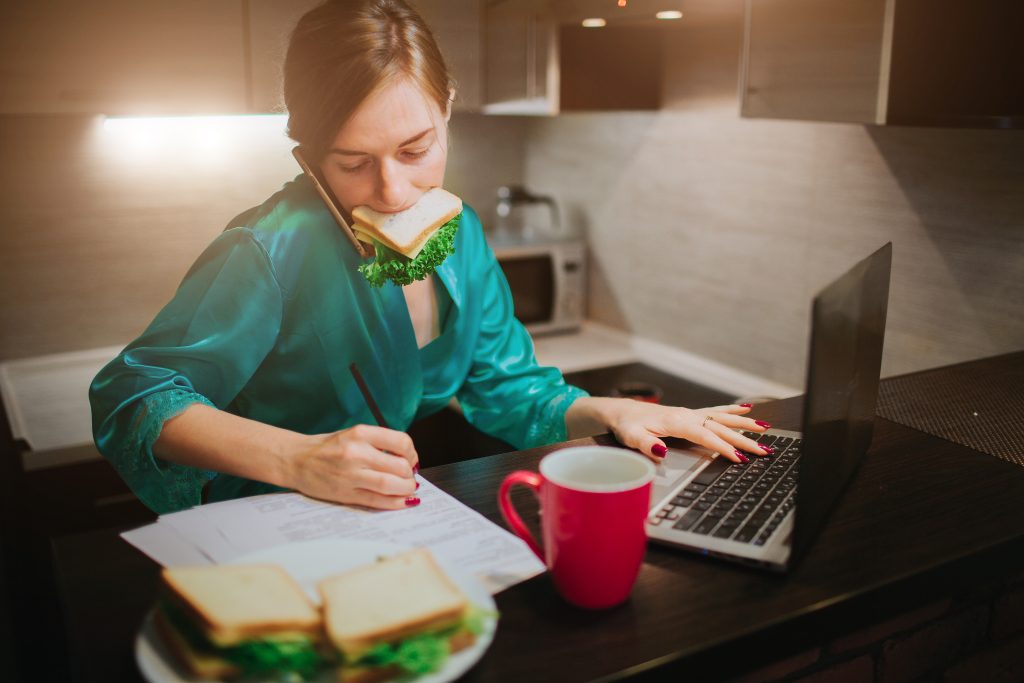 There is of course a common second reason we don’t say no.

Yes, we fear rejection, but, I’m sorry I’m calling us on it … we also play the martyr!

I can’t say no because,

If I don’t who will?

If I don’t what will happen?

I’m calling BS and challenging us that we have to learn that saying no is ok, in the right way at the right time it’s absolutely more than ok. Its critical!

1. You are not a bad person for saying no!

Saying no does not have to be rude, selfish or unkind. In fact, it absolutely should not be.

Ever wondered why it was so easy to say no as a child, and why it becomes so difficult as we get older.

Children don’t know any better. Until that is, they are taught that saying no is impolite or inappropriate.  Who remembers if you said no to your mum, dad, teacher, grandparents etc you were almost definitely told off for it!

Do as you’re told, respect your elders, don’t say no to ….. sound familiar? No was naughty, yes was good!

But as adults we are (apparently!) more mature and capable of making our own choices, and we know the difference between wrong and right. So ‘no’ shouldn’t be an off-limits word, but a choice we get to make.

But like so many things we hold on to our childhood beliefs, albeit sub consciously and so we continue to associate ‘no’ with naughty, rude, bad mannered, unkind or selfish. We worry if we say no we might still get told off, just like when we were children. And that brings feelings of embarrassment and shame.

And there it is a deep rooted limiting belief that SO many of us carry all the way through our lives and impacts our ability to maturely, rationally and confidently say ‘no’

Give yourself a break, you’re doing your best. But hey now might be a good opportunity to start becoming aware of not only your responses but those you are instilling in your children too?

Help your children understand that it is ok to say no at the right times, but how you say it is really important.

2. Give yourself a little love

You cannot live your life depending on another people’s approval. Not saying no for fear of another’s reaction is basically telling yourself that their opinion of you is more important than your own

That may seem harsh but its true.

Value yourself, trust yourself to know what is right for you. Trust that your intention is correct and know that others opinions and response is likely more abou them than you.

But, I know this is easier said than done.

Its ok to make mistakes – nobody is perfect, everyone is in fact perfectly imperfect

What makes a person great is not how they do what everyone else tells them, or thinks is right but their kindness, their willingness to help others, their ability to learn and grow.

You are enough, you are uniquely you. No one else in this world can offer what you can – there is only one you.

'The only opinion that matters is your own, everything else is just advice'

When we say yes, but really wanted to say no it doesn’t stop there!

Doubt creeps in, that inner voice of regret speaks up, we start thinking of ways we can get out of what we have said yes to.

And then when we can’t come up with a good excuse, maybe we even consider a little white lie?

Oh my, the shame is back! The anguish, the stress, the resentment builds. Wouldn’t it have been easier and better for all involved to have said no honestly in the first place?

Who’s been there? Said yes and then told a fib to get out of it? Honestly, I have!

Looking back, I should have just said no, I shouldn’t have been so worried about what would happen if I didn’t say yes.

So next time you need to say no, just stop and remember

Always remember that your self worth does not depend on how much you do for other people. Learning to say no to the right things can be one of the best things you can do for yourself, your confidence and your self esteem

I haven’t totally mastered it, but I’m working on it all the time and I’ll be honest it feels great when i say no to the right things and have space to yes to the even better things!

You can too, take control, challenge yourself and learn to say no when you need to.

Want to get some clarity and take control?

Why not book a discovery call and see if working with me would be of benefit? I would love to explore it with you!